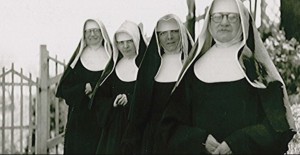 In 1912, four devout women of the Pallottine Missionary Sisters, inspired by founder St. Vincent Pallotti’s motto, “The Love of Christ Impels Us,” left the comforts of their home and family in Bremerhaven, Germany for a life dedicated to serving those in need in rural West Virginia. They booked passage on the Titanic. As the trip neared, one of the Sister’s travel documents was not in order, forcing all of them to delay their trip. The ill-fated Titanic sailed into history without them.

Upon arrival in America, the young Sisters were to travel to Stella Niagara, New York, where they were to study the English language under the tutelage of the Sisters of St. Francis. Minutes before boarding their train, the Sisters received an urgent telegram from the Mother Superior of the Franciscans, asking them to delay their journey until she could join them. The train departed without the Sisters and tragically crashed, killing many of its passengers. 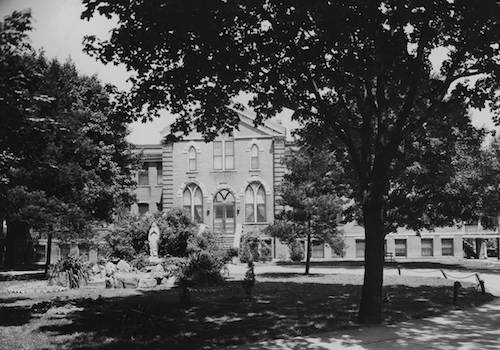 After a tumultuous beginning, the twice fortunate Sisters eventually arrived at their desired destination in Richwood, West Virginia on August 12, 1912. In 1920, intent on establishing another hospital, the Sisters migrated to Buckhannon, where they purchased a private residence. This converted home became an eight-bed hospital facility named St. Joseph’s Hospital. In 1924, Bishop John J. Swint of Wheeling invited the Sisters to open a second hospital in Huntington, which would become St. Mary’s Medical Center.

To house the new hospital, the Sisters purchased two buildings that had been home to a failed preparatory school. The larger of the two became the hospital itself, while the second, a gymnasium, became the Sisters’ convent. Both buildings were in disrepair. Because funds were limited, the Sisters did much of the repair work themselves, aided by volunteers from St. Joseph’s Parish. Finances were so tight it’s said that holes in some of the cooking pots in the kitchen were patched with bread dough. On November 6, 1924, the Sisters were ready to open their 35-bed hospital and place it under the protection of Mary, the Mother of God. 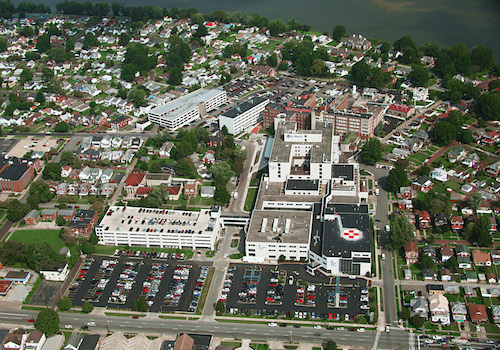 In its nearly 95-year history, St. Mary’s continued to expand under the leadership of the Sisters, becoming the largest medical center in the Tri-State region and one of the largest healthcare facilities in West Virginia. In 2018, St. Mary’s Medical Center was purchased by Cabell Huntington Hospital and the Pallottine Foundation of Huntington was created. The establishment of the Foundation allows the Sisters to continue to advance the caring legacy of the Pallottine Missionary Sisters in the Tri-State community – physically, emotionally, and spiritually, and to foster systemic change and collaborative impact in the community.